The Bahá’ís of Arlington will celebrate the most holy religious festival of the Bahá’í year beginning Tuesday, April 20, at sunset. The community will gather together for a devotion service and will elect the Spiritual Assembly of Arlington County, the nine-member governing council that oversees the administrative and pastoral needs of the local religious community. 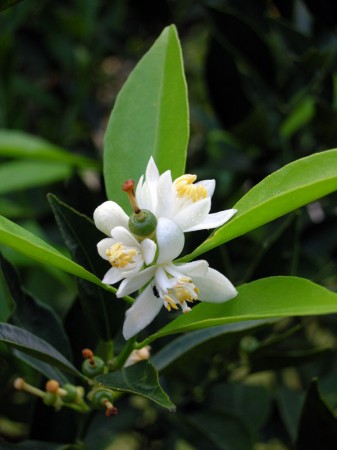 History and Significance of the Festival of Ridván.

From April 21 to May 2, Bahá’ís observe the Festival of Ridván This most holy day commemorates the anniversary of Bahá’u’lláh’s declaration in 1863 that He was the Promised One of all earlier religions.

Bahá’u’lláh’s declaration that He was “Him Whom God shall make manifest” and a Manifestation of God marks the beginning of the Bahá’í Faith .

Ridván (Rizwahn) was a bittersweet time, as Bahá’u’lláh was soon to be exiled to Constantinople (now Istanbul, Turkey). This was the latest in His series of exiles by the Persian government, which considered Him to be a heretic.

Bahá’u’lláh spent 12 days in a garden in Baghdad visiting with His followers. His followers named the garden Ridván, which means “Paradise” or “good pleasure” in Arabic. The exact circumstances of the Declaration are not known. According to Shoghi Effendi, Guardian of the Faith: ³The fragmentary description left to posterity by His chronicler Nabil is one of the very few authentic records we possess of the memorable days He spent in that garden. Every day, Nabil has related, ere the hour of dawn, the gardeners would pick the roses which lined the four avenues of the garden, and would pile them in the center of the floor of His blessed tent. So great would be the heap that when His companions gathered to drink their morning tea in His presence, they would be unable to see each other across it. All these roses Bahá’u’lláh would, with His own hands, entrust to those whom He dismissed from His presence every morning to be delivered, on His behalf, to His Arab and Persian friends in the city.²

Bahá’u’lláh called Ridván the Most Great Festival and the King of Festivals. He said:

Call ye to mind, O people, the bounty which God hath conferred upon you. Ye
were sunk in slumber, and lo! He aroused you by the reviving breezes of His
Revelation, and made known unto you His manifest and undeviating Path.

When He entered the garden, Bahá’u’lláh proclaimed the Festival of Ridván and made three announcements:

Bahá’ís suspend work on the holiest days of Ridvan-the first (April 21), ninth (April 29) and twelfth (May 2). These mark the day of Bahá’u’lláh’s arrival in the garden, the arrival of His family and the group’s departure for Constantinople.

Throughout Ridván, Bahá’ís gather for devotions and attend social gatherings.

At Ridván, Bahá’ís annually elect members of local and national administrative bodies, called Spiritual Assemblies. Bahá’u’lláh taught that in an age of universal education, there was no longer a need for a special class of clergy. Instead, he provided a framework for administering the affairs of the Faith through a system of elected councils at the local, national and international levels. (International elections are held every five years.)

” Arise, and proclaim unto the entire creation the tidings that He Who is the All-Merciful hath directed His steps towards the Ridván and entered it. Guide, then, the people unto the garden of delight which God hath made the Throne of His Paradise.”

The Arlington Bahá’í community will be celebrating the 9th day of Ridván at 4:00pm on April 29th. We will tell the story of Bahá’u’lláh’s declaration in the Garden of Ridván 146 years ago, and reflect on that most auspicious event! There will be a tent and roses as well as activities for children. Everyone is welcome to attend, please contact us for more information.

Ridván is the most sacred of all Bahá’í festivals and it commemorates Bahá’u’lláh’s declaration of His Mission. After spending 10 years in exile in Baghdad, the Ottoman Empire determined to exile Him further. Therefore before they left for Constantinople, for 12 days Bahá’u’lláh and His companions camped in the Najibiyyih Garden on the outskirts of Baghdad. It was in this garden in April 1863 that Bahá’u’lláh announced to his followers and to the world that He was the Promised One for which humanity had been waiting. The garden where this momentous proclamation was made became known as “Ridván” which means “paradise”, and the festival commemorating this historic event is also known as Ridván. Bahá’u’lláh referred to this twelve day period as “the King of Festivals” and Bahá’ís suspend work on the first, ninth and twelfth day. These days commemorate His arrival to the garden, the arrival of His family, and His departure from the garden respectively.

This festival is not only a time for Bahá’ís to contemplate on the historic significance, but also to reflect on His Mission that was revealed. Bahá’u’lláh has explained that His Mission is the unification of mankind. “’The fundamental purpose animating the Faith of God and His Religion is to safeguard the interests and promote the unity of the human race…” And He warns, “The well-being of mankind, its peace and security, are unattainable unless and until its unity is firmly established.” Please contact us to find out more about what the Bahá’ís in Arlington are doing to help bring about unity.