The Baha’i Community warmly invites you to celebrate with us the The Twelfth Day of Ridván, concluding the annual Bahá’í festival commemorating the historic events during which Bahá’u’lláh declared Himself to be God’s Messenger to the age of humanity’s collective maturity, foretold in all the world’s scriptures.

The celebration will take place on Saturday, May 2, 2015 at the picnic shelter to the right of the Amphitheater at Lubber Run Park, 200 N Columbus St., Arlington, VA 22203. 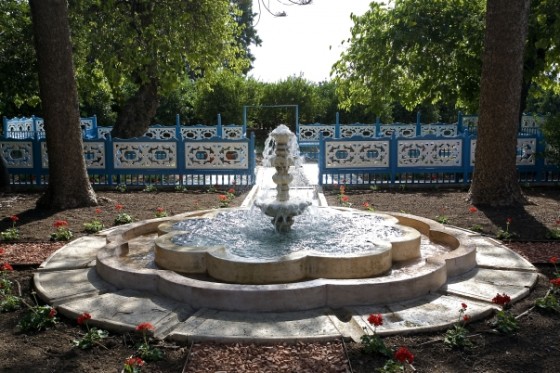 “Ridván” means paradise, and is named for the Garden of Ridván outside Baghdad, where Bahá’u’lláh stayed for twelve days after the Ottoman Empire exiled him from the city and before commencing his journey to Constantinople.

“Verily, all created things were immersed in the sea of purification when, on that first day of Ridvan, We shed upon the whole of creation the splendours of Our most excellent Names and Our most exalted Attributes. This, verily, is a token of My loving providence, which hath encompassed all the worlds. Consort ye then with the followers of all religions, and proclaim ye the Cause of your Lord, the Most Compassionate; this is the very crown of deeds, if ye be of them who understand.”
(Baha’u’llah, The Kitab-i-Aqdas, p. 47) 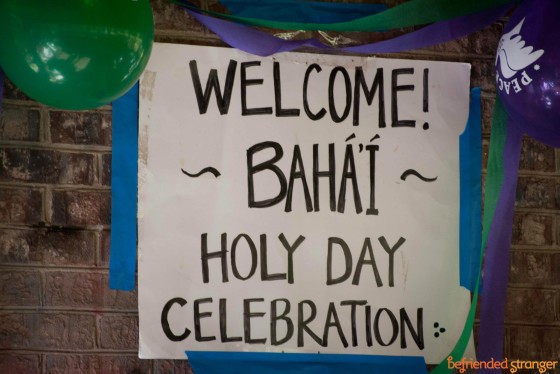 The Martyrdom of the Báb, the forerunner of the Baha’i Faith, took place on July 9, 1850 at noon. An event with no parallel in history save the crucifixion of Jesus, it is commemorated as a solemn Holy Day by Bahá’ís around the world. 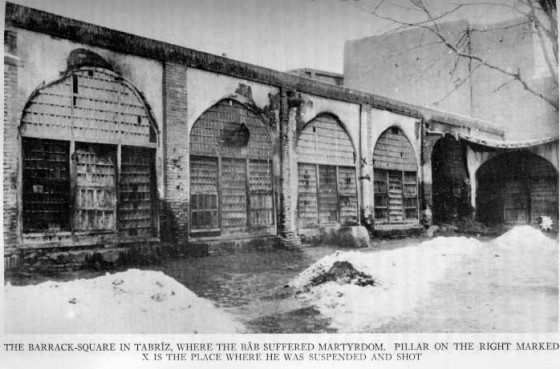 The holy day commemorates the anniversary of the execution of the Bab, the herald of the Baha’i Faith, by a firing squad on July 9, 1850, in Tabriz, Persia. It is one of the nine holy days of the year when work, for Baha’is, is suspended. There are no prescribed activities for this solemn day, but usually Baha’is will gather to read from the writings and say prayers at noon (the time of the execution).

Arlington Baha’is will commemorate the Martyrdom of the Báb on at 1 pm on Wednesday, July 9th, 2014, at the the Woman’s Club of Arlington (700 S Buchanan St, Arlington, VA 22204) with a devotional program and light refreshments.

All are invited to the commemoration. In order to ensure a solemn atmosphere for the devotional program, please arrive by 12:45 pm.

How would you feel if you knew that the Creator has made a promise to never leave humanity alone and send Divine Educators to guide us, Baha’u’llah being the most current one? And what if He provided means to guarantee the unity of His followers — an eternal Covenant.

The Day of the Covenant is the day when Bahá’ís celebrate the appointment of `Abdu’l-Bahá as the Centre of Baha’u’llah’s Covenant. 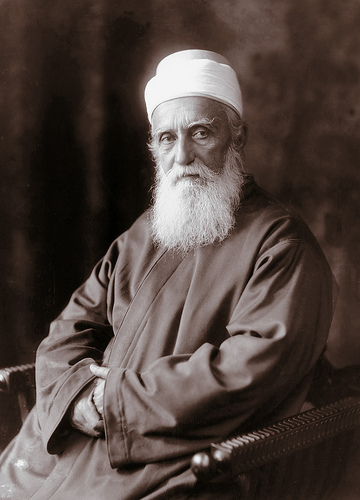 Abdu’l-Baha, the Center of the Covenant of Baha’u’llah

To honor this unique Baha’i Holy Day, this Monday evening, Nov 25, a Baha’i family in Arlington will host a fireside discussion on the Covenant of Baha’u’llah. Please join us for what promises to be an informative and engaging evening.

Two days later, on Wednesday evening, Nov 27, another community member will host a commemoration of the Ascension of Abdu’l-Baha with a diverse program including devotions and the Arlington premiere of a historic documentary about the journey of the Son of Baha’u’llah to North America.