You can count the major world religions—those that extended their influence around the entire world after the passing of their founders—on two hands.

Hinduism, of course, has lasted for thousands of years. Judaism, the oldest of the Abrahamic Faiths, has lasted almost as long. Buddhism, the largest religion from the East, has increasing influence globally. Christianity, the world’s largest and most widespread religion, continues to have a major impact on the entire world. Islam, now thirteen centuries old and still growing, has expanded its influence across many parts of the planet.

The Baha’i Faith, just a hundred and seventy four years old, has now become the second-most widespread religion on Earth. Only Christianity has believers in more places. Of course, more Faiths than these few exist—many more—but this relative handful of major religions have each transcended their immediate cultural and geographic origins, spread around the world and generated millions upon millions of followers.

Each one of these major religions has survived the test of time, moved past an initial period of persecution, and generated a core message that continues to appeal to humanity.

Together, these six Faiths count almost four-fifths of the world’s population as supporters, adherents and believers. 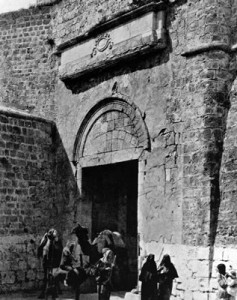 If you think about that, it’s pretty miraculous—six messengers whose teachings often provoked violent opposition at first, their Faiths typically struggling to stay alive. Persecuted, misunderstood, exiled, tortured and imprisoned, the early believers suffered tremendously and died in large numbers for their beliefs. Entire governments tried to exterminate them. Cast out of their societies, they wondered, in their moments of doubt, if their new Faiths could survive.

Baha’u’llah—repeatedly persecuted, exiled, jailed and tortured for his progressive teachings—passed away as a prisoner in 1892. Forced out of Persia by its government and successively banished to Baghdad, Constantinople, Adrianople (now Istanbul) and finally to the prison-city of Acre (Akka) in Palestine (now Israel); Baha’u’llah ultimately spent forty years as a prisoner of conscience. No other prophet has ever done that:

Read it and consider: one prisoner, single and solitary, without assistant or defender, a foreigner and stranger imprisoned in the fortress of Akka …. Reflect upon this: how Baha’u’llah upraised the standard of His Cause in prison. Refer to history. It is without parallel. No such thing has happened before that time nor since—a prisoner and an exile advancing His Cause and spreading His teachings …

His Cause spread more and more … During His lifetime He was intensely active. His energy was unlimited. Scarcely one night was passed in restful sleep. He bore these ordeals, suffered these calamities and difficulties in order that a manifestation of selflessness and service might become apparent in the world of humanity; that the Most Great Peace should become a reality; that human souls might appear as the angels of heaven; that heavenly miracles would be wrought among men; that human faith should be strengthened and perfected; that the precious, priceless bestowal of God—the human mind—might be developed to its fullest capacity in the temple of the body; and that man might become the reflection and likeness of God, even as it hath been revealed in the Bible, “Let us make man in our image.”

[Baha’u’llah] bore all these ordeals and calamities in order that our hearts might become enkindled and radiant, our spirits be glorified, our faults become virtues, our ignorance be transformed into knowledge; in order that we might attain the real fruits of humanity and acquire heavenly graces; in order that, although pilgrims upon earth, we should travel the road of the heavenly Kingdom, and, although needy and poor, we might receive the treasures of eternal life. For this has He borne these difficulties and sorrows. – Abdu’l-Baha, The Promulgation of Universal Peace, p. 27. 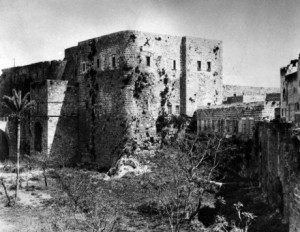 Baha’u’llah accepted this terrible treatment, like all the prophets and messengers of God have undergone such brutal persecution, as a sacrifice for all humanity. The Baha’i teachings have since galvanized millions around the world, and as a result, the Faith that Baha’u’llah revealed so long ago has joined the pantheon of the world’s major Faiths.Despite those prison walls, Baha’u’llah taught a new Faith with new, progressive principles: the independent investigation of truth, the unity of all religions, the oneness of God and humanity, the equality of men and women, the agreement of science and religion. He endured terrible suffering, not for any crime, but for promulgating the peaceful, progressive Baha’i principles, which boldly challenged the orthodoxy, the power structure and the endemic corruption of the world’s existing governmental, social and religious orders.

So on this day, at the 3 a.m. hour of Baha’u’llah’s passing in 1892, Baha’is everywhere will observe the anniversary of Baha’u’llah’s ascension. In those hundreds of thousands of solemn and prayerful occasions, filled with meditative contemplation, Baha’is and their friends will reflect on the powerful teachings of this relatively new global Faith, and remember the extreme sacrifices Baha’u’llah made to bring the powerful Baha’i message of unity to humanity.

Republished from the Editors of BahaiTeachings.org