At sunset, April 19, Bahá’ís in Arlington and around the world begin the 12-day celebration of Ridván, the holiest days of the year for Bahá’ís, commemorating the public declaration in 1863 of the Mission of Bahá’u’lláh, the Founder of the Bahá’í Faith. Bahá’ís globally will gather to worship and to elect their Spiritual Assemblies, the local governing bodies in the community.

This year, 2017, also marks the Bicentennial of Bahá’u’lláh’s Birth, to be celebrated in October. 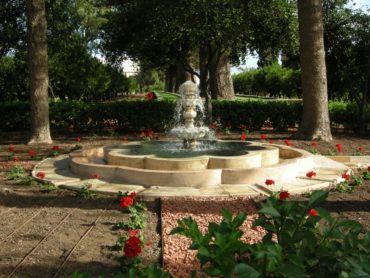 He said: “The Divine Springtime is come, O Most Exalted Pen, for the Festival of the All-Merciful is fast approaching. Bestir thyself, and magnify, before the entire creation, the name of God, and celebrate His praise, in such wise that all created things may be regenerated and made new. Speak, and hold not thy peace. The day star of blissfulness shineth above the horizon of Our name, the Blissful, inasmuch as the kingdom of the name of God hath been adorned with the ornament of the name of thy Lord, the Creator of the heavens. Arise before the nations of the earth, and arm thyself with the power of this Most Great Name, and be not of those who tarry.”