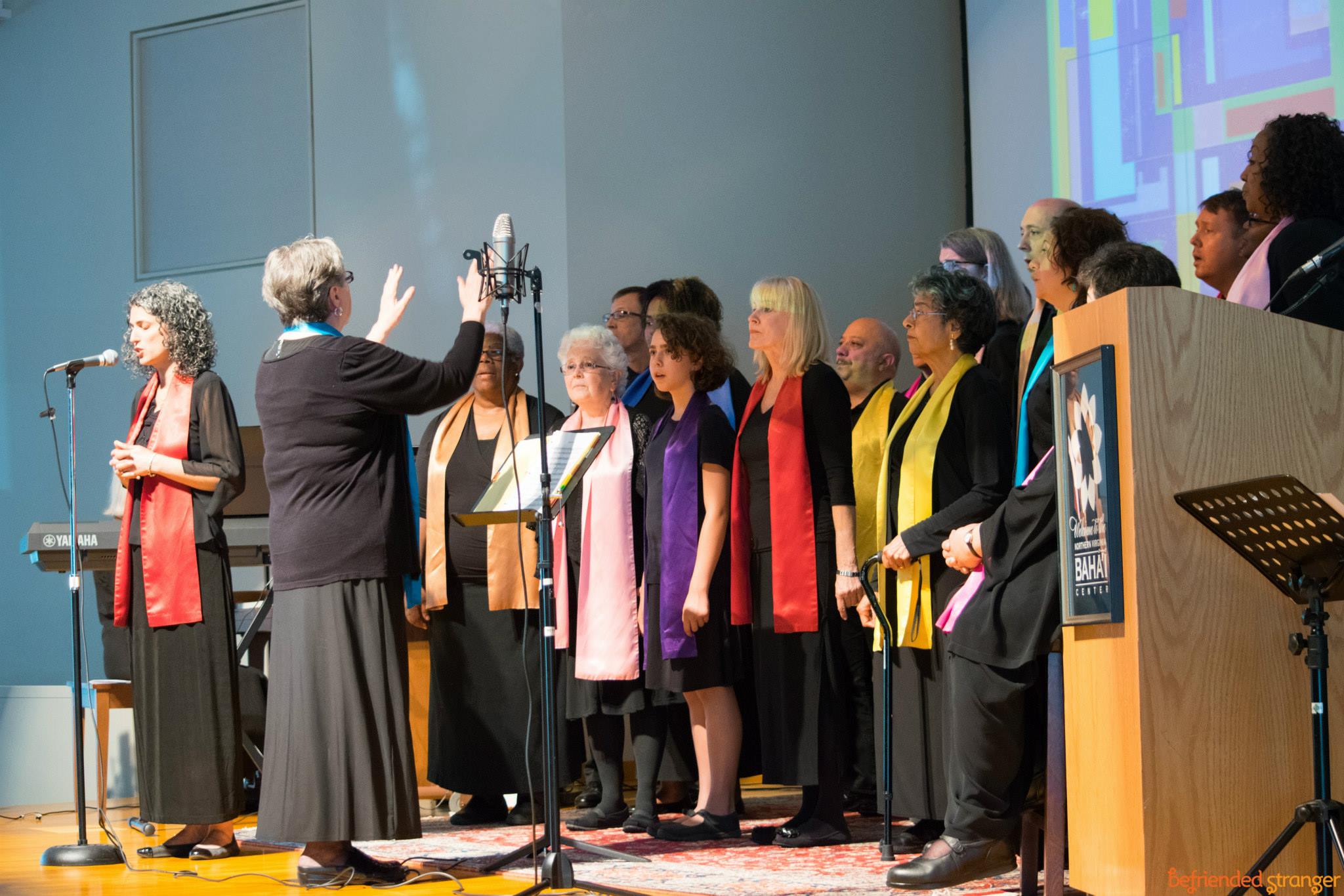 “We, verily, have made music as a ladder for your souls, a means whereby they may be lifted up unto the realm on high” ~ Bahá’u’lláh

Three Arlington Bahá’í sing with the Metropolitan Washington Bahá’í Chorale, a group of amateur singers whose youngest and eldest members are separated by more than 70 years of age difference yet united by their love for uplifting songs about peace and unity. 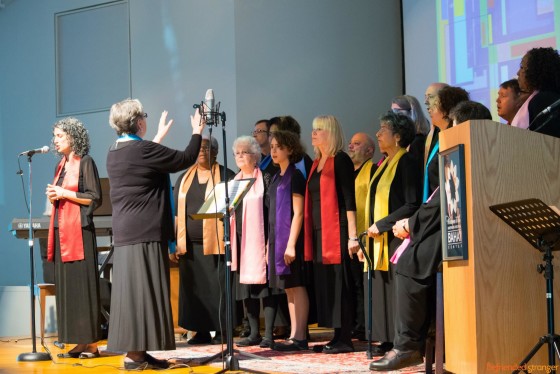 The Metropolitan Washington Bahá’í Chorale is committed to promoting the oneness of religion and unity of mankind. Dorie Arbach has been serving as its Director since 2004. Former Director, Van Gilmer, is now the Director of Music at the Bahá’í House of Worship in Wilmette, Illinois and the Director of the Annual Bahá’í Chorale Festival held there each May. Music sang by the Chorale is based upon Bahá’í Writings but includes also a variety of songs that promotes unity and worship of the Creator.

Founded in the 1970s, the Metropolitan Washington Bahá’í Chorale has performed at interfaith events throughout the Washington area, in Ontario, Canada, and at Bahá’í House of Worship in Wilmette, IL. Some of the Chorale’s recent performances, ranging from intimate venues to 2000-strong audiences include:

The chorale generally rehearses every Sunday at the Washington Bahá’í Center from 1:30 pm to 3:30 pm.