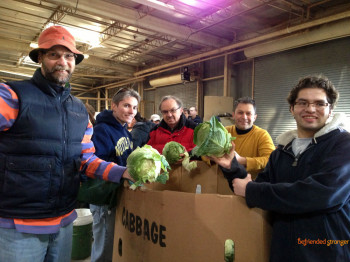 A group of Baha’is from Arlington recently carpooled to Maryland to donate a few hours on a Saturday packing sweet potatoes from North Carolina and cabbage in banana cartons to be delivered to people in need in the Washington, DC, area.

The Arlington Baha’is were joined by a diverse group of others volunteers — a multilingual group of Mormons who had travelled on missions as far as Japan and Madagascar, a young Muslim lady from Somalia, a Mandarin-speaking Voice of America broadcaster, a woman from the central valley of California who spoke with others in her native Cantonese, Catholics, and a Protestant mother of three who spoke only English but with the deepest appreciation for its flexibility and inclusiveness.

As they all gathered around the full crates of produce for a group photo at the end of a productive morning, they discussed the act of picking up the best of what has been left after the harvest, not unlike the way Jesus and His disciples did while roaming the Holy Land.

Many of the Baha’is were reminded of the words of Bahá’u’lláh, founder of the Faith, who said:

Be generous in prosperity, and thankful in adversity. Be worthy of the trust of thy neighbor, and look upon him with a bright and friendly face. Be a treasure to the poor, an admonisher to the rich, an answerer of the cry of the needy, a preserver of the sanctity of thy pledge. Be fair in thy judgment, and guarded in thy speech. Be unjust to no man, and show all meekness to all men. Be as a lamp unto them that walk in darkness, a joy to the sorrowful, a sea for the thirsty, a haven for the distressed, an upholder and defender of the victim of oppression. Let integrity and uprightness distinguish all thine acts. Be a home for the stranger, a balm to the suffering, a tower of strength for the fugitive. Be eyes to the blind, and a guiding light unto the feet of the erring. Be an ornament to the countenance of truth, a crown to the brow of fidelity, a pillar of the temple of righteousness, a breath of life to the body of mankind, an ensign of the hosts of justice, a luminary above the horizon of virtue, a dew to the soil of the human heart, an ark on the ocean of knowledge, a sun in the heaven of bounty, a gem on the diadem of wisdom, a shining light in the firmament of thy generation, a fruit upon the tree of humility. 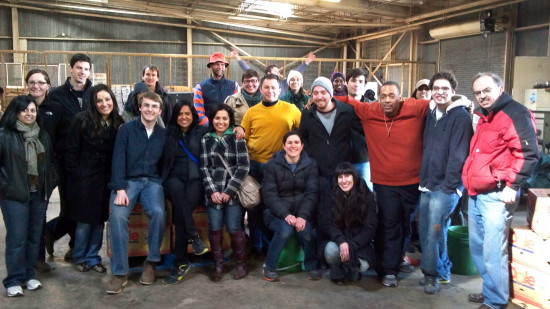 For a personal reflection of one of the participants you can read his blog … click here.