The Baha’i International Community has expressed its condolences over the passing of noted human rights lawyer and Tunisian jurist Abdelfattah Amor. Professor Amor – who has died at the age of 68 after suffering a heart attack – was best known internationally for his 11 years of service as the United Nations Special Rapporteur on freedom of religion or belief, from 1993 to 2004. 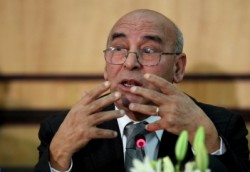 In 1995, Dr. Amor visited Iran – among the few UN human rights investigators to do so – and subsequently issued a ground-breaking report that cataloged that country’s widespread discrimination against religious minorities, including members of the Baha’i Faith.

Read more about the passing of this human rights champion here.