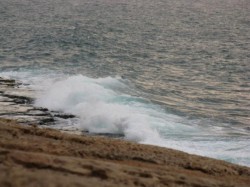 “Should they say: “These words are indeed from God, and have no interpretation other than their outward meaning”, then what objection can they raise against the unbelievers among the people of the Book? For when the latter saw the aforementioned passages in their Scriptures and heard the literal interpretations of their divines, they refused to recognize God in those who are the Manifestations of His unity, the Exponents of His singleness, and the Embodiments of His sanctity, and failed to believe in them and submit to their authority. The reason was that they did not see the sun darken, or the stars of heaven fall to the ground, or the angels visibly descend upon the earth, and hence they contended with the Prophets and Messengers of God. Nay, inasmuch as they found them at variance with their own faith and creed, they hurled against them such accusations of imposture, folly, waywardness, and misbelief as I am ashamed to recount.”
(Bahá’u’lláh, Gems of Divine Mysteries, p. 11)

If you are interested in dialoguing more on the topic of “Interpretation of Scripture” we invite you to join the Arlington Bahá’í Community on this Friday January 16, 2009 at 7:30pm. There will be a short introduction of the Bahá’í Faith followed by a lively discussion and some light refreshments. For more information or directions, please contact the Bahá’ís of Arlington.